We're in the news!

As Pacific Grove prepares to get underway on its ambitious library building and renewal project, city and library officials are also readying themselves to welcome the newcomer who will be overseeing the $1 million project. Scott Bauer, who will serve as the Deputy Director at the Marin County Free Library until Friday, is set to begin as the Pacific Grove Library’s new director on Aug. 21. In his new role, Bauer will facilitate library renovations that include replacing the current false ceiling, reconstructing a corridor addition built in the 1950s that proved to be nonfunctional, re-doing the restrooms, re-painting and replacing the carpet and lighting. Americans with Disabilities Act improvements will also be made. Exact renovation designs for the Andrew Carnegie-designated library that first opened in 1908 are currently being created by architect Karin Payson of Karin Payson Architecture and Design of San Francisco. “It’s going to be removing things that are there that are not in keeping with the fantastic building that it is and restoring the interior of the library to more of it was likely like on its opening day,” said City Manager Ben Harvey, noting the project is one that’s been a long time coming and would not have been possible without the significant efforts and monetary contributions from community and key library stakeholders. Those stakeholder groups include the Friends of the Pacific Grove Library, the Pacific Grove Public Library Foundation and the Library Advisory Board. “It’s truly a collaborative process and partnership and the city would not be able to do this on its own,” added Harvey. About the hiring of Bauer, who Harvey said has 18 years of library leadership and management experience, “We were blessed with a pool of qualified candidates and we really felt he brought the most to the table that would benefit and fit in best with the community,” he said. Bauer, who started working in libraries in the mid-1980s shelving books and subsequently worked his way up the ranks in several different libraries, eventually ended up overseeing the construction of the Redwood Shores Branch Library and renovations of Redwood City’s library system’s main downtown library. He was also involved in the remodeling of six libraries in Marin County. His hiring for the Pacific Grove position was facilitated in part by executive search firm Peckham & McKenney, which cost the city $15,000. “I have a pretty good reputation for keeping in close contact with members of the community and bringing ideas in to the library to better serve them,” said Bauer, who will be paid in the $120,000 range and will take over duties from interim Library Director Doug Holtzman. The retired Holtzman took over after former Library Director Steven Silveria retired in April. Holtzman will continue on in his normal capacity as the library’s part-time Web developer and will also be available for special projects.The renovations that Bauer will be overseeing will cost between $750,000 and $1 million and should commence this spring but demolition could begin as early as January, according to Susan Steele, president of Friends of the Pacific Grove Library. As the only Carnegie building that continues to function as a public library, the structure received additions in 1926 and 1938 followed by two expansions in 1950 and 1978. Just in the past two years, it has had some exterior painting and landscaping done. Inside, the Nancy and Steve Hauk gallery was also completed. Now it’s time for major renovations. “The majority of the work has to be done inside to remove some of the tweaks that were made over the years,” said Harvey. “But you can see the glory that is there underneath some of the layers. The architecture in there is glorious and it’s just being hidden.” Steele, who noted that the renovations are all being privately funded by stakeholder groups and personal donations, said that during the interim construction period, the Library Services department will operate out of another location to be determined. “There’s going to be a fair amount of construction going on and it just seemed to make sense,” said Steele. Harvey said library service will not be disrupted, only changed somewhat during that time period. He also said the end result will be a library brought back to its former glory that will provide better service and be more functional. “Thank goodness for all these stakeholder groups that really want to make a difference,” said Harvey. Bauer is grateful too. “Beyond the beauty of P.G. and the great people there, it’s an educated population that really loves their library as seen through their donations,” noted the incoming Bauer. “If your a library director that’s nirvana.” 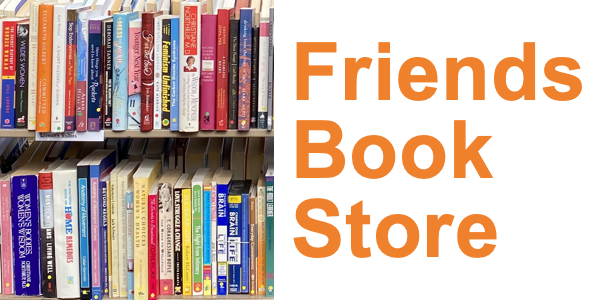