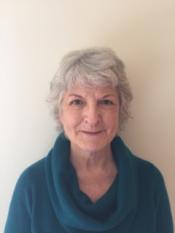 President - Mary Ann is a longtime advocate for the importance of libraries in society, and sees this Foundation board as a key element in ensuring the continuity and development of PG’s historic Carnegie Library to meet the information needs of the future.

Born and raised in the San Francisco Bay Area, Mary Ann spent most of her adult life overseas--in France, Turkey, Kenya, Tunisia, India, and Belgium--as a teacher, librarian and, for two decades, diplomat. After retiring from the Foreign Service, she worked as an educational consultant, editor and writer, and moved to PG in 2014. She has been on the advisory boards of Friends of Anatolia and the Turkish Women’s Initiative. Other volunteer work has included Friends of SF Public Library and Project Open Hand. Mary Ann holds a BA in English and UC master’s degrees in French and library science. 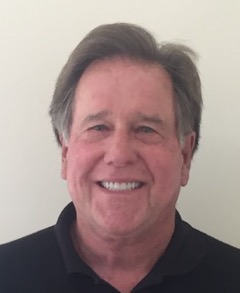 Vice President - David was born in San Francisco, raised in Redwood City, and then lived in Menlo Park until moving to Pacific Grove. As a part-time PG resident since 1999, full-time since 2005, he has realized what a gem the Pacific Grove Public Library is. He joined the PGPL Foundation Board in November 2016 and wants to help in any way he can to support our wonderful library.

David has a BA in history, MAT in social science and a Master’s of Public Administration. He spent his early adult life as a school teacher and administrator, and then twenty-five years working in the commercial construction business in Silicon Valley. He completed his career as CEO and partner of one of the largest commercial construction companies in the San Francisco Bay Area.

CFO - Linda has spent many years in the financial arena. After serving as a founding partner of a CPA firm, she moved from public accounting to the private sector as Chief Financial Officer of a company that was successfully grown and marketed to a national entity. She is currently Chief Operating Officer for a real estate investment company.

When not involved with numbers, Linda is an avid reader and watercolor artist. She is excited to be a part of the PGPLF and considers it an important and vital part of the Pacific Grove community.

Secretary - Noreen worked in Silicon Valley as a financial analyst and corporate trainer before retiring to Pacific Grove in 2000. She became involved with the Friends of the Library after attending an annual meeting and was later appointed their President. She led the efforts that raised $800,000 to add a community room to the Library. After a six-year hiatus in Pittsburgh, she is once again living in Pacific Grove. The Library is one of her passions, and she wants to see it continue to be a real gem in PG’s crown. She joined the Foundation Board in January 2014 and continues to support the growth of the Foundation.

In addition to her work with the Library, Noreen has served on the Advisory Board of the Monterey Salvation Army and as a volunteer at the PG Chamber of Commerce. Friends of the Pacific Grove Public Library President - Kim has lived in Pacific Grove 40 years, the last 20 with her husband Steven Silveria, who was previously Pacific Grove's Director of Library and Information Services. They have four grown children who all attended PG schools.

Kim recently retired as Monterey's Community Services Director, where she managed areas as diverse as the Monterey Conference Center, Harbor, Museums, Parking and Recreation. Prior to that she was the Monterey Public Library Director.

Kim is a published poet, with a B.A. In Literature/Creative Writing from UCSC and a Master's of Library and Information Science from SJSU.  She believes in the Library IDEA - that libraries inspire, delight and educate all. She is looking forward to introducing her first grandchild, the fourth generation of Pacific Grove Public Library users in her family, to a Renewed Library in 2019.

Investment Committee Chair - Dave is a Senior Vice President and Senior Investment Strategist in the Carmel Wells Fargo Private Bank where he manages the wealth of high-net-worth individuals and non-profit organizations. His life and career took him to Hawaii, northern and southern California, and Europe before he decided to settle permanently on the Monterey Peninsula, where his family has roots dating back to the late 1800s.

Dave has been involved with numerous non-profit organizations locally, as has his wife Patty, and he is especially interested in working with the Pacific Grove Public Library Foundation to help assure that the library remains a community centerpiece of which we can all be proud for years to come. Dave is an avid reader and also enjoys traveling, cooking, and spending time with his family and friends. He currently resides in Pebble Beach with his wife and son, four cats and one large dog.